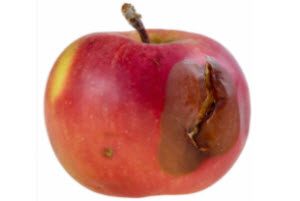 Got an Apple iPhone 6? Better listen to what the tech gurus are saying, so you know what to do if you get hit with an Apple Error 53.

When it comes to cell phone repair, Alpharetta Cell Phone Repair can fix just about anything at a price you’ll love. A lot of iPhone users are getting very nervous with new information from the big Apple: warnings saying, basically, “tough luck” if you see Apple error 53.

It’s no surprise to anyone that Apple keeps a tight seal on the juicy details when it comes to their proprietary technology leaps. Imagine, though, that you get your touch key repaired on your iPhone 6 and then install the latest update. BAM! The next thing you know, you’re holding a ridiculously expensive brick.

When Apple Security Offers No Benefit

We all know that security is uber important in the world of smartphones. But what if the real intent of this non-hack is that no one can touch your phone but Apple, and they will charge you plenty for the privilege?

One of the top features of the iPhone 6 is the home key, with built-in fingerprint recognition technology. If this key needs repair and you bring your phone to anyone other than Apple, your life with your phone just hit a major speedbump. Be prepared to avoid doing any updates for the rest of the life of your phone. For now, anyway.

As many users have discovered to their dismay, if you have had that home key repaired by anyone other than Apple, there’s a major problem. You essentially forfeit the ability to use your phone, or any data on it, as soon as you update to iOS 9 software. Apple is trying hard to spin this heavy-handed move into a reminder that customers come first. They say they’re merely protecting your privacy with this self-destruct feature. But when even they can’t (or won’t) fix your phone, it’s time to wonder if the real motivation is simply to sell more phones. 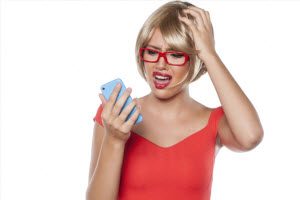 Can You Afford an Apple a Day?

It’s difficult to believe that Apple can create the technology but cannot un-brick a phone that they chose to lock up. It’s one thing if you have to pay Apple to un-brick the phone you spent hundreds of dollars to buy. It’s a whole other thing if you have to purchase a brand new phone, and still lose all of your data and information.

It just goes to show you, an apple a day might keep the doctor away, but that might just be because you can’t call him for help.

For the best in cell phone repair, contact Alpharetta Cell Phone Repair today at 770-569-2002. We won’t keep secrets from you regarding your technology. We’ll just help you use it at a price you can afford.