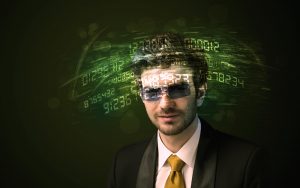 Unless you’ve been doing some serious off-the-grid me-time, you’re probably aware of the heated controversy between Apple and the FBI. But there’s been so much hype in the media and elsewhere that it’s hard to know who to believe about what.

Here are the main facts, according to knowledgeable people. Terrorists Syed Farook and his wife, Tashfeen Malik, used an Apple iPhone 5c on the day they murdered 14 people in a San Bernardino terrorist attack last December.

That phone was recovered intact, but the Feds don’t know the passcode. The phone runs on Apple’s latest operating system, iOS 9, and is encrypted. Without the password, the phone can’t be opened, even by Apple. If more than ten attempts are made to unlock the phone, it automatically erases all its data. More than 90 percent of all iPhones run on iOS 8 or newer, which enable those phones to be encrypted.

The FBI has asked Apple to unlock the phone, but so far the tech giant has refused. The fact is, Apple does not currently have the ability to unlock encrypted phones. Now the Feds have a court order telling Apple that it must provide assistance that would allow the FBI to override the phone’s built-in erasing feature. So far, Apple is steadfastly refusing to make any effort to abide by the court order.

So, what’s the problem with Apple? Is Tim Cook, Apple’s CEO, blowing the whole thing out of proportion? Bill Gates, the founder of Microsoft, has weighed in. He is among those suggesting Apple should go along with the Fed’s request.

A lot of reasonable people are asking themselves these and other seemingly valid questions. Like, why doesn’t Apple just create the software and let the FBI crack open the locked iPhone? After all, haven’t they unlocked iPhones for law enforcement many times before? What’s the big deal?

One Bad Apple Could Ruin The Bunch

At the heart of the issue is the ability to extract data from an iPhone without having to unlock it, which Apple could do before they created iOS 8 (the first operating system that made their phones hack-proof). Those pre-iOS 8 phones are the ones Apple was opening for law enforcement.

But here’s the thing, and this is an important point – Apple extracted data from those iPhones. It did not unlock them. The difference may seem subtle, but it’s not. In short, Apple never did in the past what the Feds are now asking it to do.

First A Nibble, Then A Big Bite? 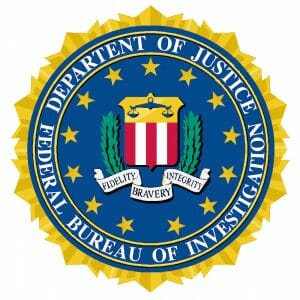 Cook is claiming if the FBI can force Apple to hack one iPhone, where will it end? He asserts the Fed’s demands set a dangerous pattern. He and others claim that the FBI, NSA, and other organizations want to establish a legal precedent that would, in the future, allow them to force tech companies to give them access to their end-to-end encryption algorithms for any device. This would make it easier for the government to gain access to those devices whenever the need arises. Or, as some fear, whenever they want.

Apple says the “backdoor” the Feds have asked them to develop to unlock one iPhone 5c would work on every type of phone they currently sell. They consider the backdoor akin to opening a Pandora’s box of potential problems, making it too dangerous to create. They say any good hacker might gain access to the backdoor software once it’s been created, even if it was created to unlock only one phone.

Is Apple All About The Green?

Critics claim Apple is balking purely for economic reasons. They say Apple wants to be able to market their iPhones, iPads and other devices as hack-proof and entirely private. Safe from prying eyes, government or otherwise.

Critics also say Apple is afraid that once they create a backdoor, they’ll be subject to pressure from China, Russia, and other foreign governments to provide the software or face economic pressure, including a full boycott of their products.

These are some of the important issues at stake, along with many nuanced legal questions raised by the controversy. Right now people seem about evenly divided on the subject.

Where do you stand?